So I had a very bad day last Sunday. I decided to tong feed my juvenile Singapore Blue for the first time (I normally just drop food in). She struck, and as soon as she grabbed the metal tongs she freaked out and teleported to the top of her enclosure. Being an idiot I tried to put the lid on and she decided to reappear about four feet away - well outside of her cage.
I can not describe how fast these damn spiders are - can't even track her movement. She'd be in one location and then appear at another location with barely a visible blur in between.

She got behind a tegu cage (600+ lbs so not movable) with 1" clearance against the wall. I moved everything out of that side of the room including a bookcase and the entire contents of my workbench. I ended up corralling her with a metal bar, and tried to move her out using part of a paintbrush attached to a long wire. I used a webcam and a dental mirror to find her as the space between the cage and wall was too narrow to see into even with my face against the wall.
In the process of doing this the metal bar fell against a power-strip plug that had come slightly out of the wall. I was leaning against the bar and reached for the webcam with my other hand. This completed the circuit.
After i could breathe again I finally managed to coax the little jerk out - this was complicated by the fact that she seemed far more interested in attacking anything used to coax her out than moving. Once out she bolted towards me and I somehow managed to toss a deli cup over her.

I then got to try and move her back to her enclosure - this took another hour (I swear she was staying in the deli cup just to spite me). The whole thing took about 6 hours and I haven't even started to move all my stuff back into the room. I probably have a few decades before my husband lets me live this one down.

All in all a very stupid day.
tl;dr Gave Singapore Blue a cricket - got electrocuted
this little #&*^(*&
one more - she looks cute but she isn't 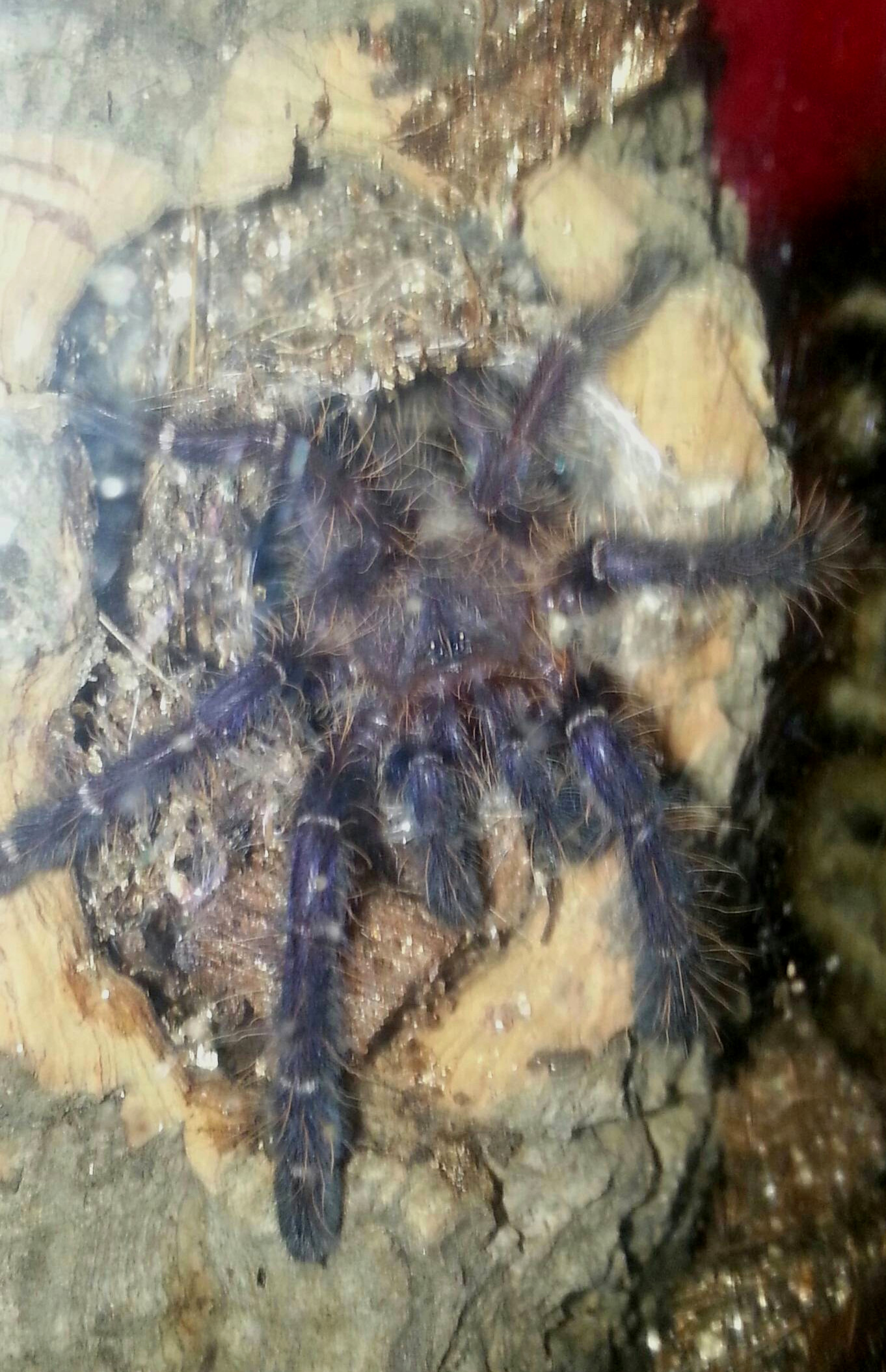 Ugh - an escabe, much worse than an escape! I don't suppose we can fix titles.

1,000+ Post Club
Haha. Are you on phone? I constantly type wrong keys on my phone.too small.haha
A

BatGirl1 said:
Haha. Are you on phone? I constantly type wrong keys on my phone.too small.haha
Click to expand...


Haahaa - yeah let's go with that